CAMA’s roots are founded in networking, providing educational opportunities and making connections within the Canadian agri-food and marketing industry.

That’s why we’re launching the CAMA Mentorship Program – a new opportunity for members to connect, learn from each other and grow their professional and industry network. The mentorship program is open to students as well as new and existing CAMA members.

The inaugural program will run from October 2021 to April 2022, offering each mentoring partnership a six-month term. Mentor's and mentee's matches will be based on similar interests and skillsets.

This program is designed to support students, new and existing CAMA members. Each mentee will be paired with a CAMA member and will have the opportunity to explore career goals, network, meet new professionals, and with the guidance of a mentor, develop new skills.

Becoming a mentor offers CAMA members an opportunity to share your passion for your career, promote the agri-food marketing industry, build relationships and become a role model for future professionals.

Check out our recent and coming member events.
Members receive exclusive invites to agriculture events in your chapter's province.

We host a variety of events throughout our chapters to provide networking and learning opportunities for agri-marketers. From recent grads just entering the agri-marketing world to longtime veterans, CAMA has something for everyone. 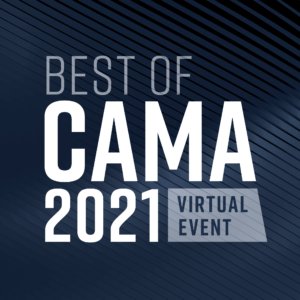 After spending a year of strategizing, planning, creating, analyzing and reporting on work that you're proud of, the Best of CAMA is here to recognize and celebrate all of your hard work.

Get the credit you deserve and enter your best agri-marketing projects for a chance to be honoured with the industry's best during our first virtual Best of CAMA event on November 18th, 2021.

Manure handling and storage has devastating economic and environmental impacts. Pollution from farms can affect the quality of the air, soil and groundwater in local communities. Health issues from excess manure can cause sickness in works and lost productivity in animals. Expansion and succession planning are often not feasible. However, Livestock Water Recycling creates value for the food production industry by reducing the expense and environmental impact of waste liquids.

If you’ve never heard of aquaponics before - don’t feel bad. The modern aquaponic farm is a relatively new concept, where fish are farmed in large, indoor tanks and their waste is filtered out of the water and upgraded through a series of natural processes. The upgraded waste is used as fertilizer for plants, which are being grown hydroponically (“without soil”) in a separate system. 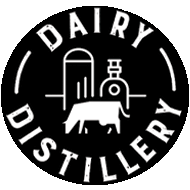 Dairy Distillery is an Almonte, Ontario based start-up that develops technology to transform excess lactose from dairy production into ethanol. Their first product, Vodkow, is a vodka that has attracted international acclaim thanks to its smooth taste and strong sustainability story. A year after its launch in November 2018, Vodkow is available province-wide in Ontario, Alberta and Nova Scotia. The company is now working to expand its technology to fuel ethanol production.

With chapters across the country, CAMA allows members to keep up-to-date on the latest agri-marketing trends. CAMA members are eligible to enter the annual Best of CAMA  awards program, which celebrates excellence in Agri-Marketing in Canada.

Visit chapter pages to find out more about the CAMA leadership and events in your province:

"We aim to make ag connections while staying current on the latest trends within the dynamic industry of Alberta's agriculture."

"Reach out to our team for the latest Saskatchewan agriculture and agri-marketing events."

"There is no other place where Manitoba agri-marketers go to build their personal brand and maximize their involvement in this dynamic industry."

"Ontario is the CAMA organization’s largest chapter, and our members are spread out geographically across our province."

Why do the movers and shakers of the agri-marketing industry belong to CAMA?

Sign up to CAMA's newsletter by becoming a member in your chapter and find out by staying up-to-date on all of the latest events.

We host a variety of events throughout our chapters to provide networking and learning opportunities for agri-marketers.

The Best of CAMA is our prestigious annual event in celebrating excellence in agri-marketing communications.